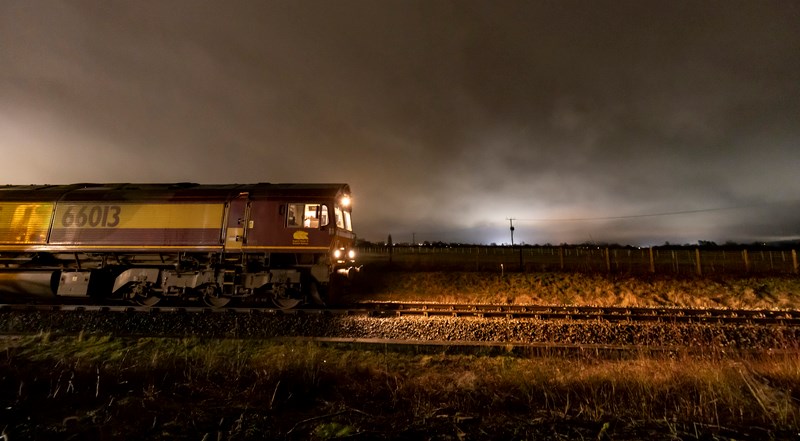 HS2 today confirmed that a decision to move more material by rail into construction sites near Aylesbury will take the equivalent of an extra 28,500 lorries off Buckinghamshire’s roads and save 9,680 tonnes of carbon emissions.

The move to cut lorry numbers will help reduce disruption for communities and comes as construction work continues on the early stages of the new high speed rail line which will pass to the west of the town.

HS2 has already run more than 500 freight trains into its site at Calvert since the first railhead opened in December 2020 – and the opening of this new facility on the Prince’s Risborough line, south of Aylesbury, will allow a further 285,000 tonnes of aggregate, needed for construction, to be delivered over the next four months.

Across the county, HS2 contractors are focused on completing archaeological investigations, excavating the Chiltern tunnel and delivering initials works such as the haul roads and internal access roads which will access to the main construction sites.

“HS2 will offer low carbon journey options linking London with the major cities of the north and release capacity for more freight and local trains on our existing mainlines. But it’s also important that we cut the amount of embedded carbon in construction and work to reduce the number of lorries on local roads.

“That’s why I’m really pleased by the progress we have made – working closely with Network Rail, EKFB and the Rail Freight Operators – to deliver more material by rail to our construction sites across Bucks.”

The construction of the central section of the HS2 project - through Buckinghamshire, South Northamptonshire and Oxfordshire - is managed by HS2’s main works contractor, EKFB – a team made up of Eiffage, Kier, Ferrovial Construction and Bam Nuttall. EKFB is delivering 80km in total, including 17 viaducts, 81 bridges, three cut and cover ‘green tunnels’ and are set to create 3,000 jobs over the next two years.

“EKFB is committed to using carbon-reducing methods within our construction programme to help minimise disruption for the local communities and make our earthworks as efficient as possible. The additional rail head operation will remove more than 28,000 HGVs from the roads in Buckinghamshire.”

The trains into Calvert were operated by DB Cargo and Hanson, which will also be operating the railhead into Aylesbury.

Across the whole HS2 project, 15,000 freight trains are set to be used to haul 10 million tonnes of aggregate to construction sites – taking the equivalent of 1.5 million HGVs off the UK’s roads.