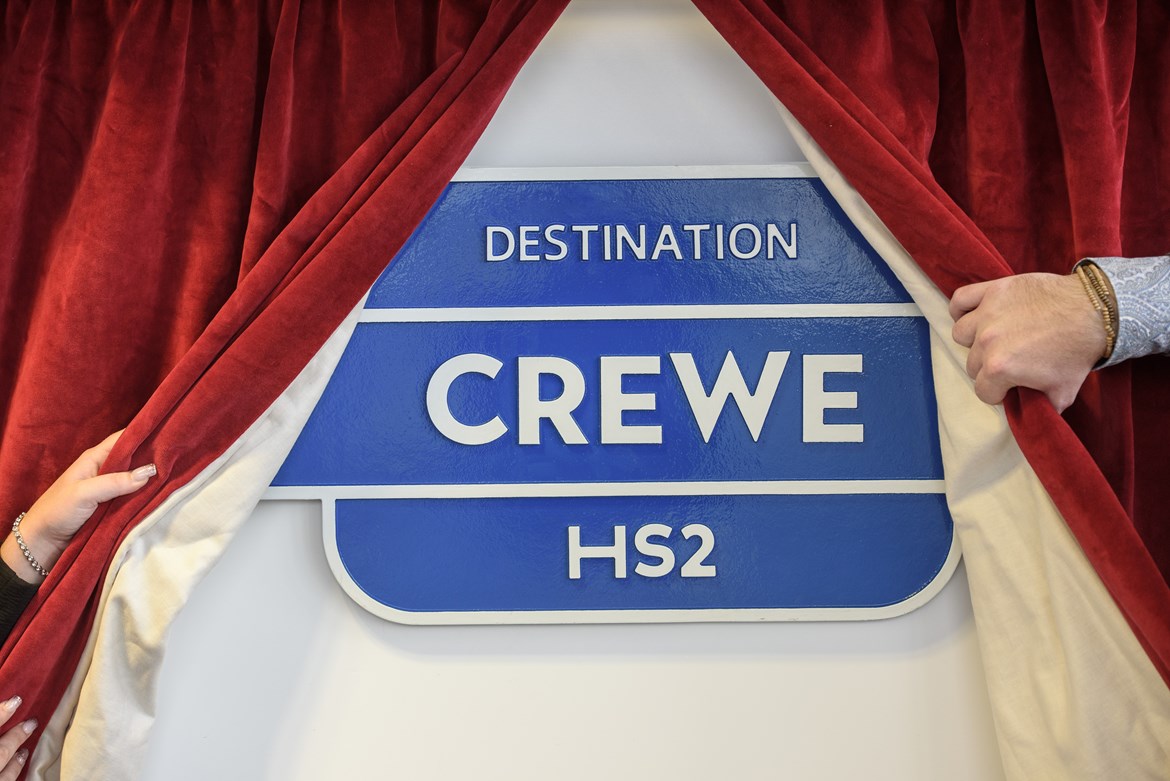 A business owner who was born and bred in Crewe has written a poem charting the significance of the town’s railway heritage and how he believes HS2’s arrival will spearhead future growth.

Gareth Williams, owner of Construction Linx at Crewe Hall Enterprise Park, contacted HS2 at the height of the pandemic and explained how he’d been inspired to start writing poetry about his love for the town and its proud connection to the railway.

His latest poem, ‘We Owe it all to Yorkshire’s Joseph Locke’, celebrates the role that the lesser known engineer to Robert Stephenson and Isambard Kingdom Brunel played in the establishment of Britain’s railways. The West Coast Main Line is still considered to be Locke’s greatest legacy, and Gareth’s poem celebrates his belief that the town still owes him thanks today.

Moving from past to present, Gareth marks the significant moment that HS2 was awarded powers to construct and operate the West Midlands – Crewe extension of Britain’s new high speed railway, putting Crewe firmly on the map as the gateway to the North. His poem charts how HS2 will “bring inspiration for a future generation” and his belief that “Boris’ drive to ‘Build Back Better’ will see Crewe return to an industrial paradise.”

Speaking about why he feels HS2 is integral to Crewe’s future, Gareth said:

“Crewe has clearly been a vital link in this country’s railway history and it is now time for HS2 to play a pivotal role in the future for the people of this area, once again placing Crewe at the centre of this country‘s railway heritage”

“We were delighted to hear from Gareth and it’s great that HS2’s arrival is not only inspiring his creativity, but his belief that it will play a significant role in the town’s future.

“With 34,000 jobs forecast to deliver HS2, and the Hitachi Alstom factory in Crewe set to play a major role in the assembly and maintenance of our brand new fleet of high speed trains, it is without doubt an exciting time for the town.”

Listen to Gareth recite his poem outside Crewe station.