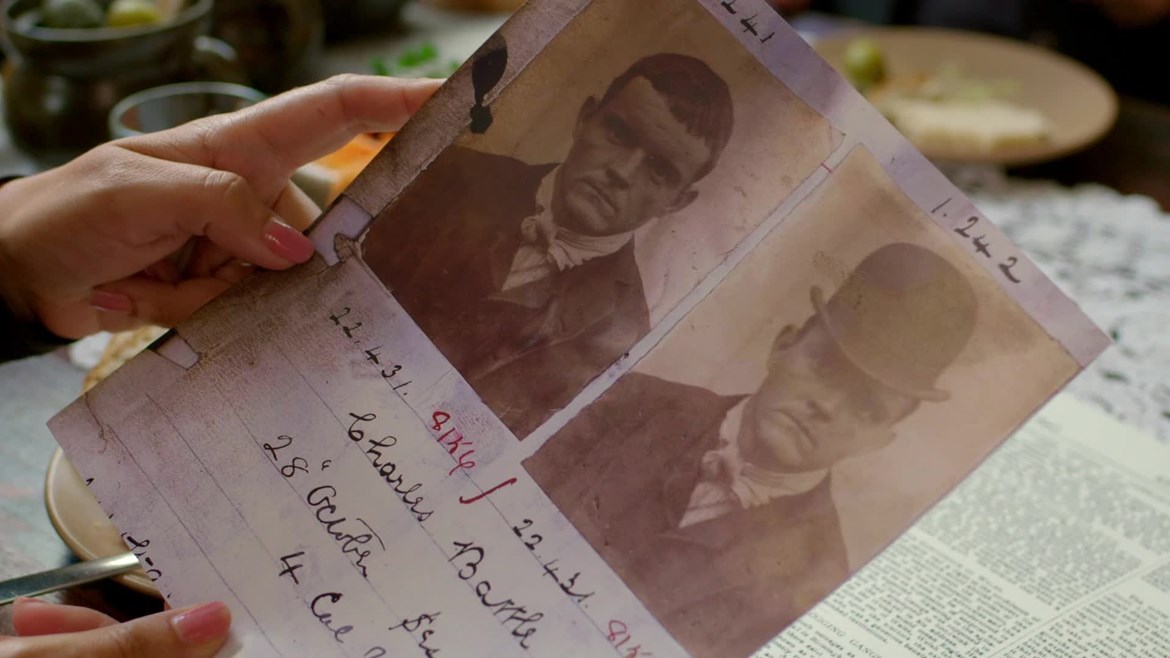 Historians in Birmingham have been exploring the activities of Birmingham’s back street ‘slogger gangs’ and their activities around the Park Street burial ground which has been excavated as part of the HS2 project. As part of research into the history of the site, the burial grounds connection to these gangs was uncovered from an article in the Birmingham Daily Post from 1870. The connections are featured in a new BBC documentary – ‘HS2 – The Biggest Dig’.

Historian and documentary presenter, Dr Jasmin Khan, delves into the activities of violent gangs that roamed the city centre and uncovers connections to the original Peaky Blinders, made famous by the BBC television series. Speaking to Birmingham Historian, Dr Carl Chin, he told local gangs would meet on the Park Street burial ground for ‘slogging’ – essentially fighting and striking with a heavy blow.

Contrary to the idea that these gangs would use small blades concealed in flat caps, these mobs would actually use heavy belts with buckles, boots and pocketknives in these graveyard battles. The fashion of the gangs who wore flat caps slanted over one eye, keeping a short hair curl visible, is revealed to have given them the name ‘Peaky Blinders’ as the peak of the cap ‘blinded’ the wearer.

The final episode of the documentary series, which airs on 29 September, also shows how archaeologists excavating the Park Street burial ground were left puzzled after finding some unusual objects amongst the skeletons being uncovered. The bizarre grave goods dug up were left inside the skulls of the skeletons buried there.

There was significant evidence of anatomical tampering amongst the skeletons across the site which is thought to be linked to the nearby teaching hospital, Birmingham General, on Steelhouse Lane. Signs of the mischievous endeavours of the anatomists included two skeletons being left in a single coffin, and multiple dissections. More remarkable was the unusual objects that had been left in the space where the brain would have been. The new BBC documentary episode captures the moment a brick placed in skull was discovered.

The curious objects extended beyond bricks. A marmalade jar, a small wine glass with a broken stem and even lumps of charcoal were all shown to have been left in this way. Birmingham University’s Professor of Public Engagement and Science, Professor Alice Roberts, who presents the documentary was left stumped by these discoveries and the fashion for the objects being left there.

“Our excavation work at Park Street in Birmingham uncovered some very unusual burial practices and even how the dead were used to help advance medical knowledge. The HS2 archaeology programme, the largest of its kind in Britain, has really allowed us to discover more about our history uncovering the secrets of our extraordinary past.”

The three part documentary series, HS2 – The Biggest Dig, concludes on BBC Two on Tuesday 29 September and will be available on BBC iPlayer.