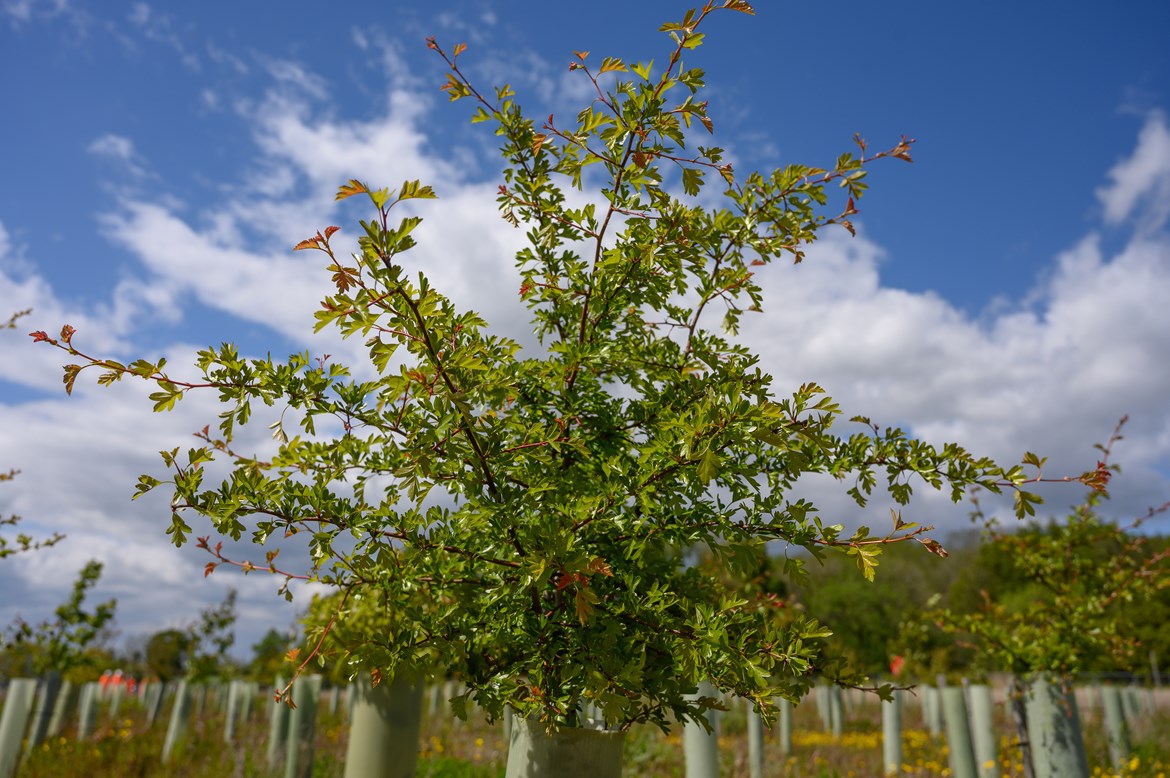 As part of its extensive environmental programme, HS2 has today [Monday 5 July] announced that its contractors have now planted 700,000 trees and created over 100 wildlife sites along the route between the West Midlands and London. The wildlife sites represent a mix of different habitat types, including grassland, woodland, scrub and ponds, and are already havens for wildlife including birds, bats, barn owls, badgers, great crested newts, butterflies and dragonflies.

Up to 7 million trees will eventually be planted alongside the line from the West Midlands to London and HS2 will leave behind more than 33 square kilometres of new woodland, wildlife and river habitats - the equivalent of 23 new Hyde Parks lining the spine of the country.

In addition, HS2’s Woodland Fund has also allocated over £1.2m as part of a grant scheme managed by the Forestry Commission., with 213,000 trees already planted including 92 hectares of new woodland creation and 52 hectares of ancient woodland restoration. For example, a project at Avon Wood in Warwickshire has created a diverse new 11-hectare woodland within three miles of the new railway. More than 18,000 new trees have been planted there, with 30% of the woodland being oak, with the rest mainly made up of hornbeam, alder, beech, lime, holly and birch.

HS2 continues to progress with potential new schemes to be supported through the Woodland Fund, which could eventually support an additional 440 hectares of new native woodland creation as well as the restoration of 245 hectares of existing ancient woodland sites.

“HS2’s Green Corridor is the largest single environmental project in the UK and these figures for tree planting and habitat creation demonstrate fantastic progress so far.

“We aim to leave behind habitats that can sustain healthy populations of UK flora and fauna, creating a network of bigger, better-connected, climate resilient habitats and new green spaces for people to enjoy.

“These new sites across Phase One show how the project is already improving landscapes around the new railway, ensuring HS2 protects the UK’s precious biodiversity.”

“As administrators of the HS2 Woodland Fund, we recognise and welcome the opportunities the HS2 Green Corridor brings to people, places and nature along its route. The activity supported by the Fund supports the reversal of habitat fragmentation, by creating native and extending ancient woodlands, and we will continue to work with HS2 and our Defra colleagues to ensure that the inevitable adverse impacts of the scheme will be more than counteracted by the legacy it creates. We therefore welcome these tree planting and habitat creation achievements as just the start of HS2 Ltd and landowners delivering this ambition.”

Every habitat site is designed specifically to support local biodiversity, to link up existing wildlife habitats and create ecological networks which help to protect, maintain and enhance biodiversity and allow species to move through the landscape.