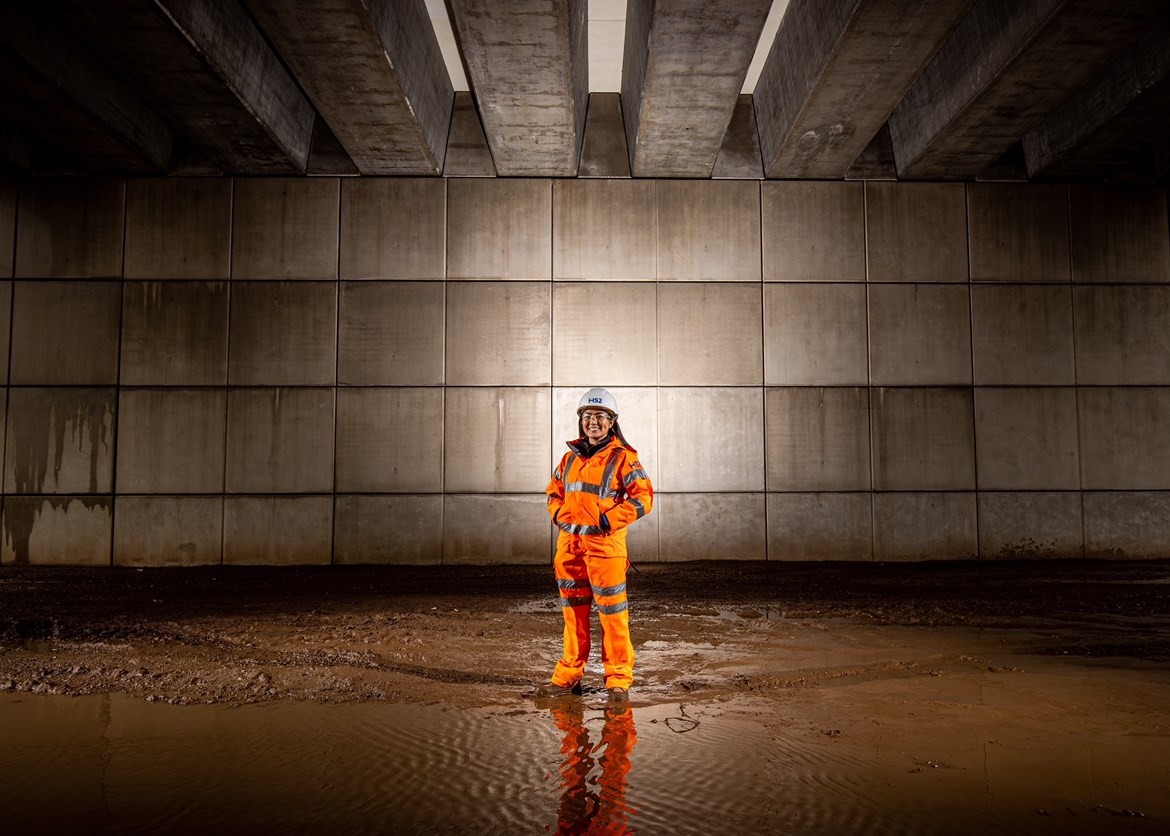 Lin Qi, a 26-year-old assistant project manager from Birmingham who works for HS2’s construction partner Laing O’Rourke and J. Murphy joint venture (LMJV), is one of 16 ‘Railway Heroes’ chosen to star in a brand-new exhibition at The National Railway Museum to celebrate the vital role played by railway key workers during the pandemic.

The new exhibition launched online on Monday 15 February, ahead of the National Railway Museum in York and Locomotion in Shildon opening their doors to the public. Lin’s story is one of the first to feature, charting the crucial role that she is playing in the delivery of Britain’s new high-speed railway.

Work to deliver Europe’s biggest engineering project has continued at pace during the pandemic and Lin’s role, managing the programme of a construction build, has been no exception. Lin was part of the team that delivered the very first permanent infrastructure components for the HS2 project, which saw the installation of two giant modular bridges spanning the M42 and A446 in Solihull and Warwickshire.

Lin studied architecture at Bath University ahead of joining Laing O’Rourke’s graduate scheme as a planner in 2017. Her job within the engineering project is complex, but she likens it to constructing a bicycle – taking in all elements including the design, sourcing of materials, agreeing costs, making the components and then putting them all together. Her role encompasses all five elements to ensure the final product is assembled and delivered on time.

On being selected to take part in the exhibition, Lin said:

“It was an honour to be asked to take part and fly the flag for LM and the region, and I hope to inspire more young people, particularly women, to consider a career in the construction and engineering industry.

“Five years ago, I wouldn’t have imagined I’d be working in this sector, and on a project the sheer scale of HS2, but I love being part of a big team and helping to deliver this unprecedented UK railway.”

“This exhibition is an opportunity to say ‘thank you’ to the thousands of railway key workers who have kept the country going over the last year. The stories featured in the exhibition are an inspiration and fully deserving of wider recognition.”

Lin is passionate about the development of future talent and ensuring that young professionals chose to stay in the West Midlands to realise their career ambitions. Outside of work she’s heavily involved in Birmingham’s Professional Services construction industry committee, which is designed to nurture and retain local talent.

“Lin is part of a generation of bright and confident young people that are building their careers on this exciting project. She’s an excellent role model and we’re hugely proud of her achievements to date, and that she’s been chosen to be part of this exhibition, to demonstrate how we’re preparing the route for Britain’s new high-speed railway”.