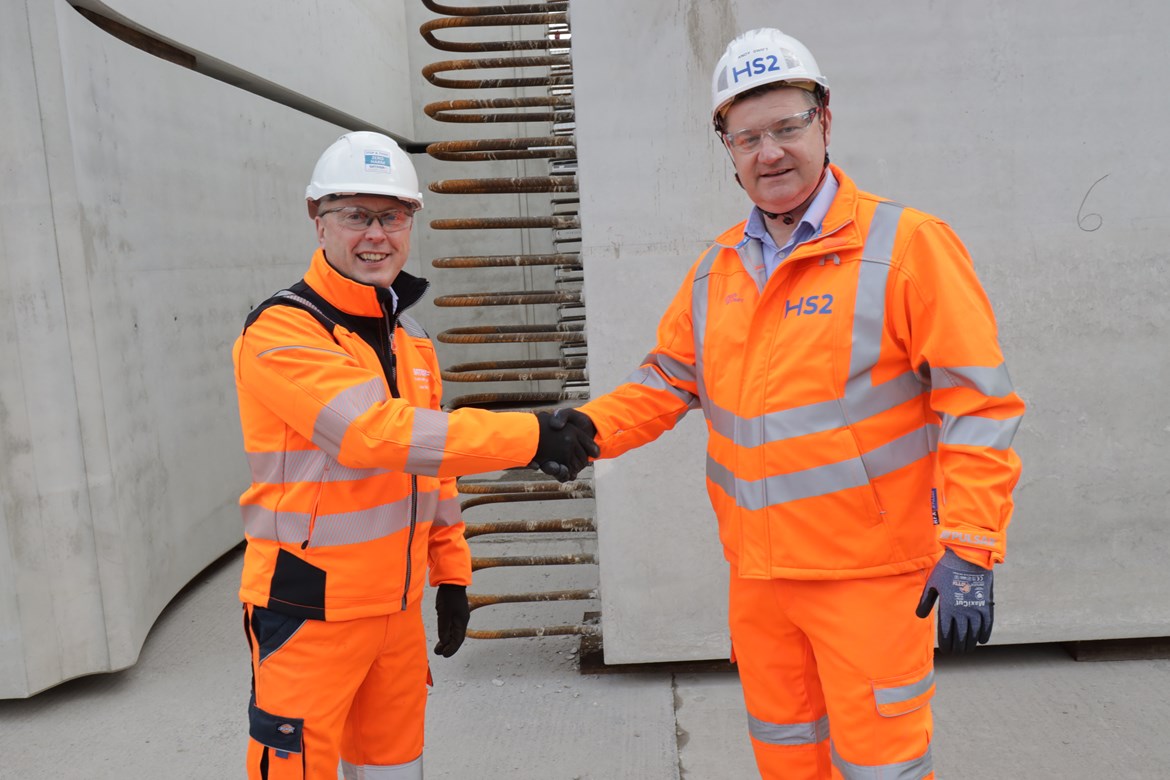 HS2 today confirmed that Derbyshire-based Stanton Precast Ltd, has been awarded a major contract to deliver three innovative 'green tunnels' for the high-speed rail project in a move that is set to create up to 100 local jobs.

Four miles worth of tunnel will be built in thousands of sections at the Ilkeston factory before being shipped to site and assembled at three locations in rural Buckinghamshire and Northamptonshire, to reduce disruption and improve efficiency.

The first green tunnel will stretch for one-and-a-half miles (2.5km) past the village of Chipping Warden in Northamptonshire with assembly due to begin on site early next year. Once complete, the structures will be covered with earth and landscaped to blend in with the surrounding countryside.

For the Chipping Warden tunnel more than 5,020 individual tunnel segments will be produced by Stanton as part of the contract awarded by HS2’s main works contractor, EKFB - a team made up of Eiffage, Kier, Ferrovial and BAM Nuttall. They will work with specialist engineers Matière who have been appointed to install the tunnel segments on site.

The contract win is a major boost for Stanton Precast Ltd, which employs around 180 people at their Ilkeston factory and has enabled the firm to increase their workforce by around 50%. New production sheds, casting and storage areas are also being built at the factory to accommodate the new work. In total Stanton will produce more than 13,290 tunnel segments to form the three green tunnels.

“Our green tunnels are a great example of what we’re doing to blend the new railway into the landscape and protect communities living close to the line. But it is also a major boost for Stanton Precast and their supply chain, showing how HS2 is creating jobs and opportunities across the UK right now.”

“This is an exciting opportunity for all involved to demonstrate engineering excellence and leave a legacy that improves people’s lives. The Chipping Warden ‘Green Tunnel’ is a demonstrable feat. It combines a myriad of innovative techniques, from promoting safety by taking the construction process off site to delivering an end-product that will benefit the surrounding environment.

“This off-site manufacturing is the result of the collaboration between some exceptional teams, using international engineering expertise.”

“We are extremely pleased to be involved in this major project and with the opportunities it delivers for both us and those in our immediate supply chain. Having targeted the HS2 project over 4 years ago as an opportunity to not only grow our business but also provide a legacy for future manufacturing in the East Midlands, this contract delivers on both and is the culmination of a lot of hard work”

Designed as a double arch, the tunnel will have two separate halves for southbound and northbound trains. Five different concrete precast segments will be slotted together to achieve the double arch - one central pier, two side walls and two roof slabs. Each one will be steel reinforced, with the largest weighing up to 43 tonnes.

The Chipping Warden tunnel will be built in sections, with construction expected to be fully complete in 2024. A relief road has also recently been completed, which will take HS2 vehicles – and other local traffic – away from the centre of the village.

The Chipping Warden tunnel will be followed by two similar structures at Wendover in Buckinghamshire and Greatworth in Northamptonshire. All of the tunnels will have specially designed ‘porous portals’ at either end to reduce the noise of trains exiting the tunnel.