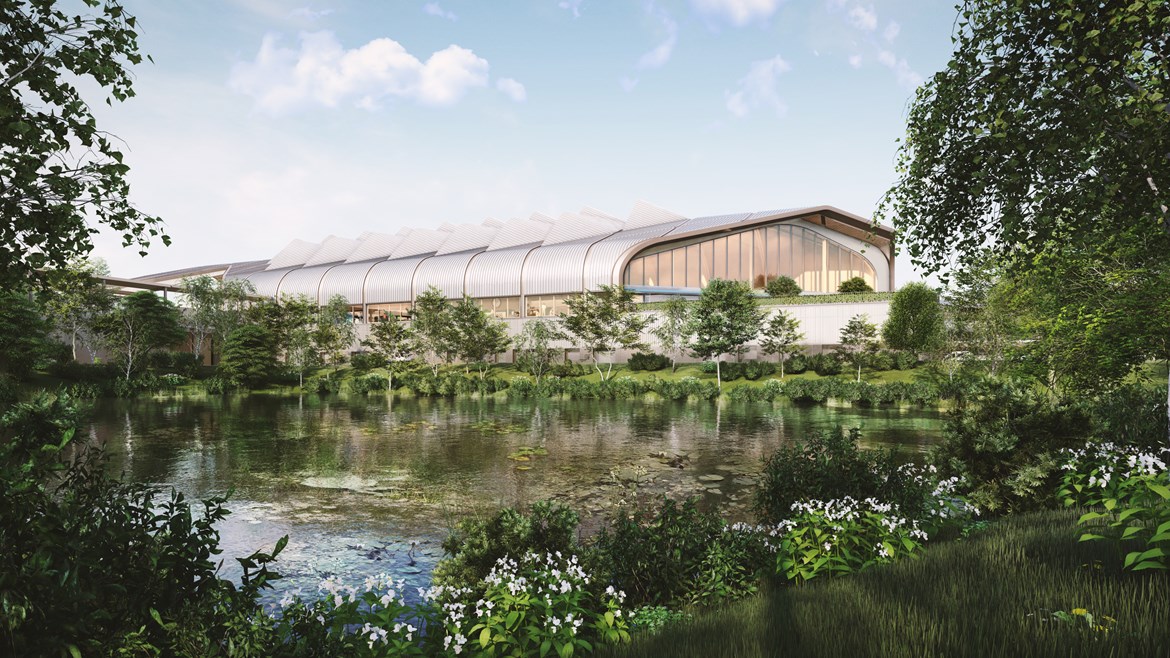 Today [Monday 7 June] HS2 launched the search for a construction contractor to build Interchange Station. Bidders are asked to put themselves forward for the £370m contract which could support up to 1,000 jobs at the peak of construction, as part of the Government’s Plan for Jobs.

Interchange Station will be one of the best connected stations on the new high speed network in the Midlands, and is set to pave the way for huge growth plans around the site being led by the Urban Growth Company that will support 30,000 jobs, up to 3,000 new homes and 70,000m2 of commercial space. These will form part of the UK Central Hub area plans for 70,000 jobs, 5,000 new homes and 650,000m2 of commercial space, generating £6.2bn GVA per year and bringing 1.3m people to within a 45-minute public transport commute of the station.

The station is the first railway station globally to achieve the BREEAM ‘Outstanding’ certification at the design stage – a measure of sustainability for new and refurbished buildings – putting it in the top 1% of buildings in the UK for eco-friendly credentials.

This recognises the station’s eco-friendly features including maximising natural daylight and ventilation, a station roof design which can capture and reuse rainwater, and features to enable net zero carbon emissions from day-to-day energy consumption. Energy efficient technology will also be incorporated, such as air source heat pumps and LED lighting.

“HS2’s Interchange Station will be one of the best-connected places in the UK, bringing together rail, road and air transport links and today’s milestone takes us one step closer to delivering a new, modern, zero-carbon station.

“This investment in the West Midlands will support 1,000 jobs, create new jobs and businesses, and regenerate the region as we build back better.”

“The start of the search for our construction contractor is a significant step in the journey to build HS2’s Interchange Station in the Midlands. We’ve worked closely with our multi-disciplinary design team Arup to design the station to be net zero in operation, which is a key part of our strategy to reduce carbon and build the most sustainable railway in the world.

“The wider regeneration around Interchange Station is an even bigger prize, with thousands of jobs, new homes and commercial development set to transform the economic potential for people and businesses in the region.”

“Today’s announcement is a huge step towards realising the vision we created for the UK Central Hub. HS2 and the interchange station will supercharge the economy of Solihull and the wider region, bringing jobs, homes and opportunities and it is vital that we do our utmost to capture its benefits.

“This is a fantastic project for the UK construction industry and we look forward to continuing to work closely with HS2 and its contractors to ensure the interchange station supports our ambitions for the UK Central Hub.”

The construction site for the station covers an area of 150 hectares, and is located within a triangle of land formed by the M42, A45 and A452. Work so far has included construction of modular bridges over the M42 and A446, and remodelling of the road network in the area to facilitate access to the new station.

There will be up to five trains per hour passing through this brand new station in both directions, with an estimated total of 175,000 seats per day, making this one of the best connected transport interchanges in the country and a new gateway to the UK.