Pupils at Newall Green Primary School in Manchester were treated to a history lesson with a difference as Balfour Beatty contractors, working on behalf of HS2, presented them with a rock sample dating back over 240 million years. 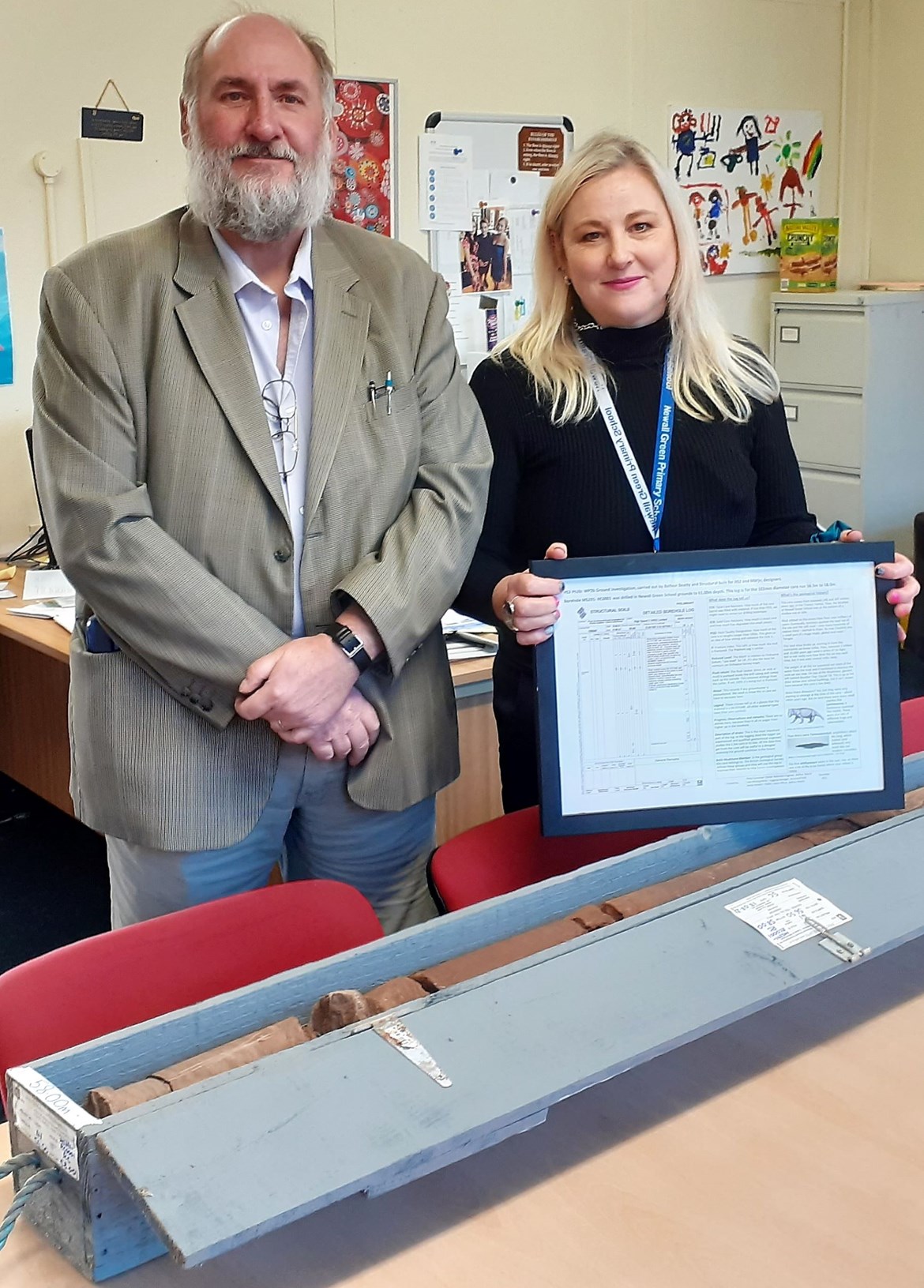 The 1.5-metre-long sample, which was extracted from a depth of 58 metres from the school’s playing field, was excavated as part of HS2’s preliminary ground investigation works. Analysis of rock samples allows HS2’s team of specialist engineers to better understand ground conditions ahead of finalising designs for the construction of Britain’s new railway, which will extend from Crewe to Manchester

Balfour Beatty’s Senior Materials Engineer, Philip Dumelow, gave a short presentation to pupils from years five and six and explained how geotechnical analysis of the sample showed that the school’s site would have once sat at the bottom of a shallow sea or lake. And much to the pupils’ delight, he confirmed that there would have been dinosaurs at that time – though they were only just starting to emerge.

“HS2’s unprecedented archaeology programme along the Birmingham to London section of the railway has led to the most extraordinary finds, and it’s exciting that we’re now beginning to discover more about Britain’s past along the Manchester section of the HS2 route.

“We hope this session has helped to inspire the next generation of scientists and engineers who will support major infrastructure projects of the future.”

The rock sample and a framed copy of the accompanying borehole log, which provides a geotechnical description of the sample, were presented to headteacher Mrs Rudd and will now go on display in the school. Balfour Beatty’s team of engineers also prepared information for the students highlighting how the school’s site evolved from the Triassic Period through the Ice Ages to modern day.

“It was a privilege to share this slice of local history with the pupils at Newall Green and I hope it helped to show just how exciting a career in engineering can be.”

“It’s fascinating that this rock sample can tell us so much about the site where Newall Green Primary sits today.

“The children were captivated by Philip’s talk as he really brought the past to life, which appealed to their inquisitive nature. He has challenged them to become the engineers of the future and continue with their discoveries of life on earth millions of years ago.”