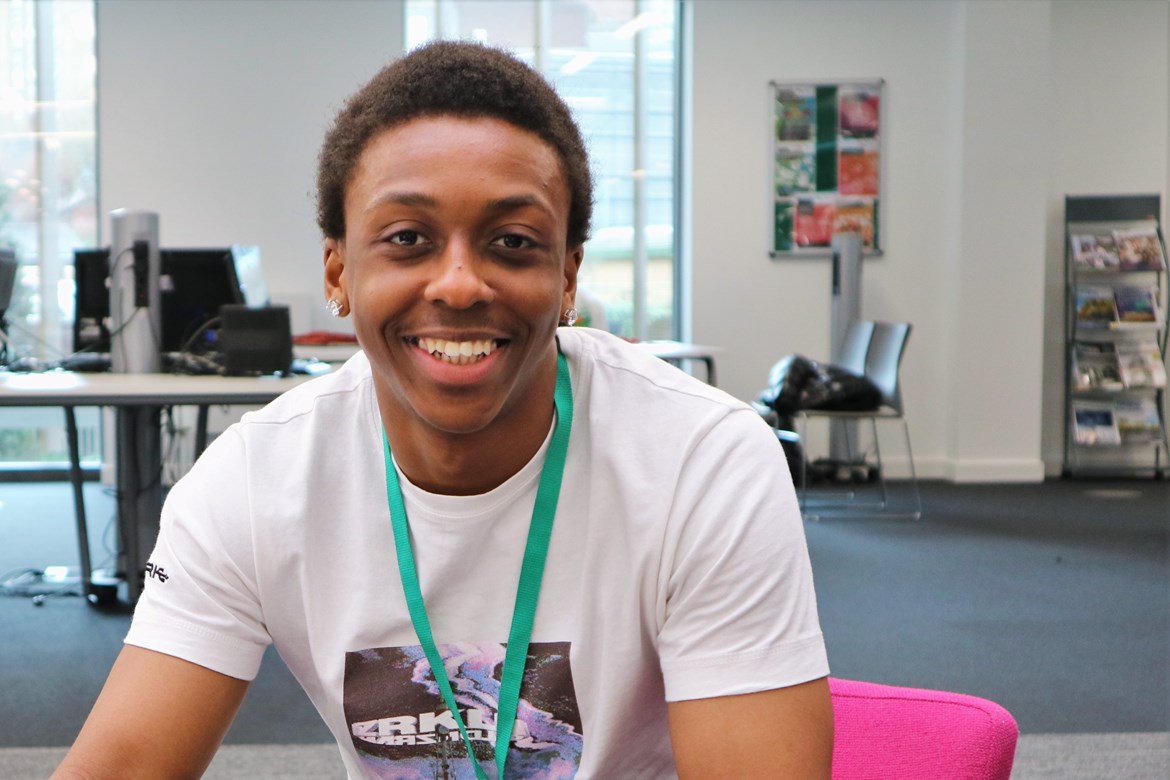 21-year-old Darren moved to Birmingham from Croydon when he was seven years old. He’s now forging a great career for himself in the second city, working on the HS2 project as an apprentice civil engineer.

The opportunity to work on HS2 was a huge draw for Darren, who thrives on the opportunity to solve complex engineering problems and bring communities together. He knew he wanted to work in the engineering sector from an early age and enrolled onto a course at the National College of Advanced Transport and Infrastructure (NCATI) in Birmingham to begin building that crucial knowledge of engineering within the rail sector.

Darren said: “HS2 is such an inspirational project and my role brings together the two things I really love – the opportunity to bring communities together and solve complex engineering problems.”

Darren successfully completed his studies at NCATI, qualifying as a Level 4 Technician in High Speed Rail Infrastructure. He began taking part in networking events with local employers in the engineering sector, and this connection led him to HS2’s main works construction partner for the West Midlands, Balfour Beatty VINCI (BBV).

He’s now working and studying towards a Level 6 Civil Engineering Degree Apprenticeship and is an essential part of the team constructing the West Midlands section of the HS2 route. He currently works with a team of engineers who are focused on delivering works on the site that will become HS2’s Washwood Heath depot, and as an East Birmingham resident, Darren is particularly excited to be working so close to home.

His hands-on role has already enabled him to build his knowledge and gain crucial experience in construction planning, using BIM tools and applications to illustrate how key assets, such as bridges and viaducts along the trace of HS2, will be constructed.

Darren said: “I feel so lucky to be part of this amazing project and to be playing such a hands-on role in bringing HS2 to the West Midlands.”

“Darren’s story is a shining example of how local people are benefitting from employment on this once in a lifetime project.

“To see him fulfil his dream of becoming an engineer and to be working so close to home on the new depot facility, which will create more jobs for local people, is just brilliant.”

“As we gear up to deliver one of the most ambitious schemes in the UK’s history, it is more important than ever that we take an active approach to encouraging young people to join the construction and infrastructure industry.

“Across the West Midlands, Balfour Beatty VINCI has already employed over 50 apprentices and we will be continuing with this positive momentum. It is essential that we inspire young people like Darren, to play a key part in the delivery of Britain’s brand-new high speed railway.”

HS2 Ltd is currently recruiting for 30 new apprentices to join the organisation in September 2021.  To find out more about apprenticeship opportunities with HS2 Ltd visit hs2.org.uk/careers.  To search for jobs within HS2’s supply chain visit  hs2.org.uk/careers/careers-with-our-supply-chain/