HS2's archaeological dig to be showcased in BBC documentary 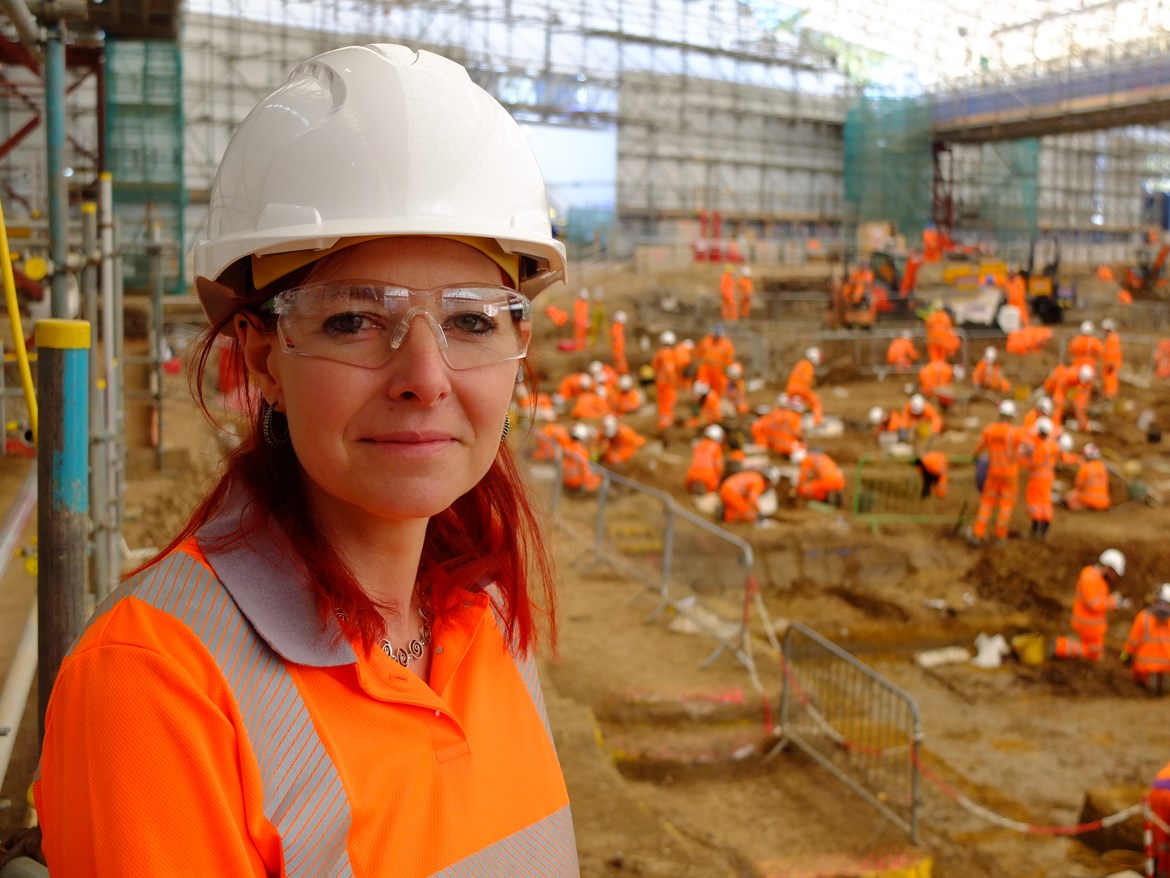 Before construction work began, and any track is laid, over 1,000 archaeologists, across more than 60 sites in between London and the West Midlands, have been carefully uncovering the secrets of Britain’s past. The BBC series will focus on two major cemetery excavations – one adjacent to London’s Euston station and the other in Park Street, next to Birmingham Curzon Street station – the sites of two new HS2 terminals.

At St James’s Gardens in Euston, the disused Georgian burial ground was home to over 50,000 skeletons, which have been carefully exhumed in the work. Archaeologists were able to find out more about the lives and deaths of ordinary Londoners’ as well as uncover the remains of notable people including Captain Matthew Flinders, the explorer who first circumnavigated Australia and gave it its name.

The findings from the London cemetery can be compared with the work which has taken place in Birmingham, where over 6,500 skeletons were uncovered from the 18th century burial ground. Work is taking place to examine the skeletons in more detail, alongside artefacts discovered within the burial ground, including figurines, coins, toys and necklaces. The documentary will explore the phenomenon of resurrectionists (body snatchers) in Georgian London and give insights into the lives of people living and working in Birmingham during a period of great expansion and change.

“Preparing to construct Britain’s new high speed railway has allowed us to explore and learn more about Britain, creating a legacy of knowledge that will enrich our understanding of the past. Between Birmingham and London our team of archaeologists have carefully excavated over 60 sites of archaeological significance and made fascinating discoveries which tell the stories of Britain through the ages.

“The documentary is one of the ways we are sharing our findings including the story of two cities, Birmingham and London, where we excavated burial grounds, learning about the people who lived, worked and died there at a time of industrial growth and city expansion.”

"This partnership with HS2 has opened an extraordinary window into our recent past that is usually the realm of history books rather than archaeological excavations. The resulting series is a unique hybrid - marrying the physical evidence with written sources to create a vivid understanding of what life was really like in Georgian London and Industrial Revolution Birmingham. It's fitting that such a hi-tech engineering project is also advancing our understanding of Britain's history."

The three part documentary series, HS2 – The Biggest Dig, airs on BBC Two weekly from Tuesday 15 September and will be available on BBC IPlayer.