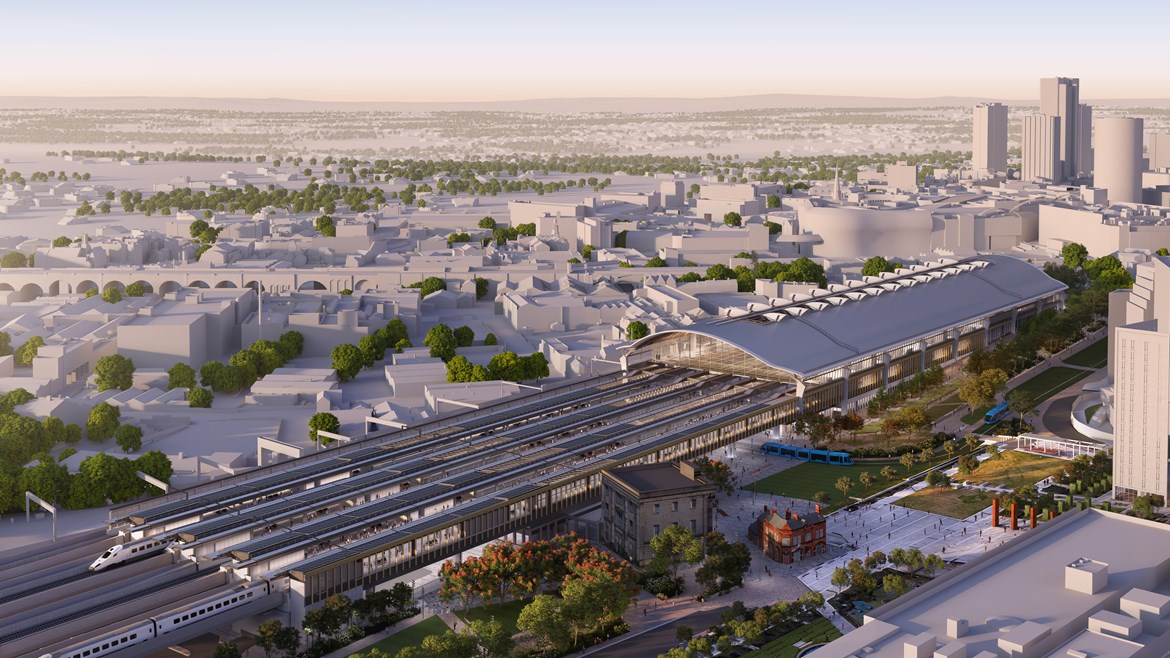 Over 2,000 companies have won work on Europe’s largest engineering project so far, and P.P O’Connor Group Ltd is one of 11 companies to have worked on the site which will become the first brand new intercity terminus station built in Britain since the since the 19th century.

The P.P O’Connor Ltd team were tasked by HS2’s enabling works contractor for the West Midlands, LMJV (Laing O'Rourke and J. Murphy & Sons), with supporting the vast programme of works currently underway to prepare for the construction of the HS2 Curzon Street Station and the railway coming into Birmingham.

P.P O’Connor Group Ltd, who specialise in bulk earthworks, remediation, complex demolition, recycling and deconstruction, were called upon for their expertise in the safe and long-term removal of the invasive and highly aggressive species of plant known as Japanese Knotweed.

The banks of the Birmingham and Fazeley Canal, which run adjacent to the new station site and feature in the wider regeneration masterplans for the local area, were infested with the plant which can grow through concrete if left untreated. The scale of infestation required the team to remove and lower sections of the existing wall along the canal banks, which are well known for their links to TV-drama Peaky Blinders.

“We are delighted to be supporting the construction of this once-in-a-lifetime project and it’s great that Manchester firms are winning work on this first phase of the project.

“We hope the work we have delivered will stand us in good stead to secure more contract opportunities, particularly as HS2 extends to the Midlands and the North.”

“Businesses right across the UK are winning work on HS2 and this is helping to sustain and support new jobs at a crucial time.

“HS2 is playing a pivotal role in Britain’s economic recovery and I’m delighted to see that companies in the North of England are securing contracts on this first phase of the project.”

Other work overseen by LM JV (Laing O’Rourke and J. Murphy & Sons) on the site includes diversions of utilities, which will future-proof the area for Birmingham’s tram extension.