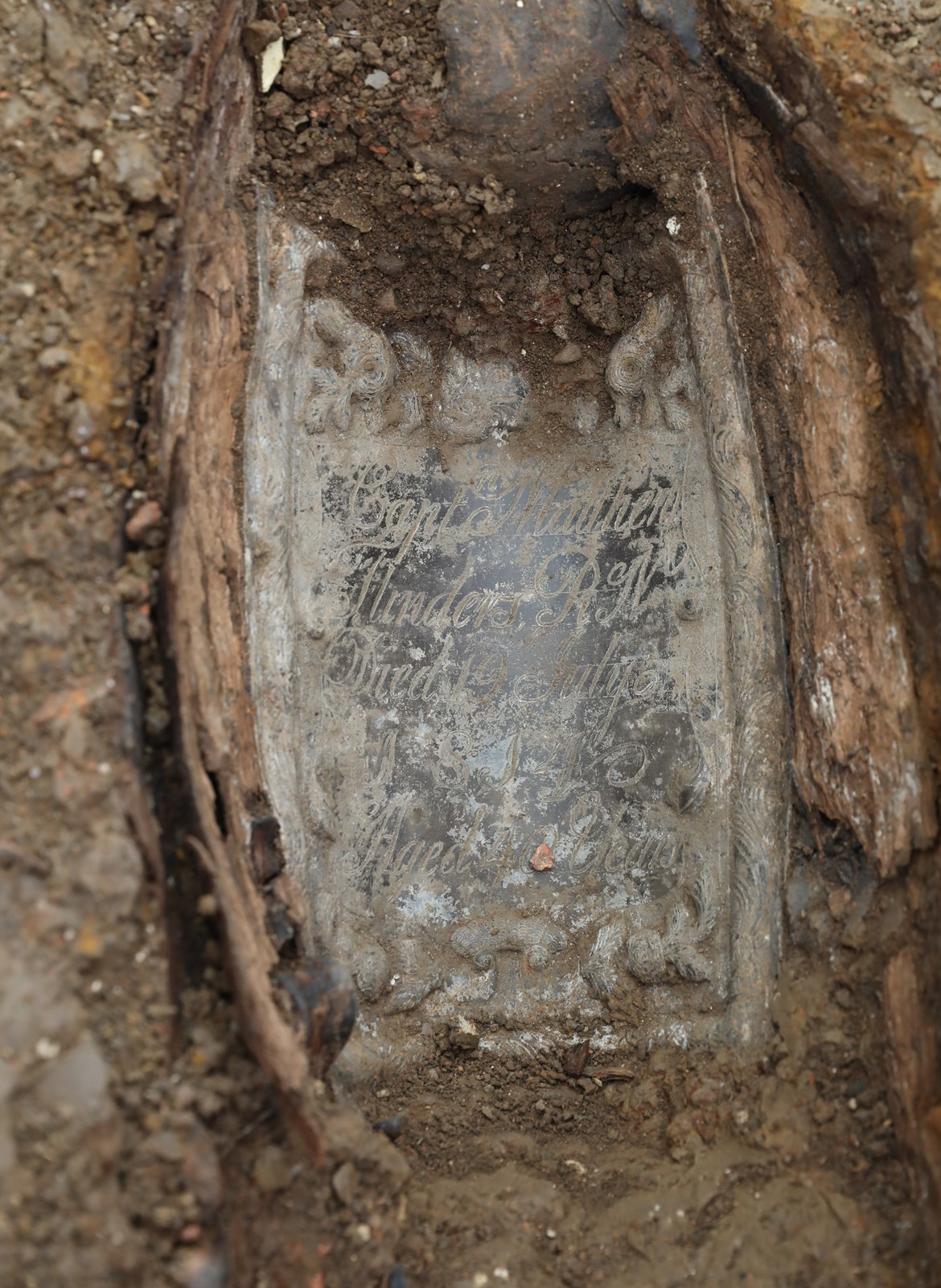 In January last year, archaeologists working on the HS2 project located the remains of Captain Matthew Flinders, the Royal Navy explorer who led the first circumnavigation of Australia and is credited with giving the country its name. The discovery sparked international media coverage and the find was captured on camera and will be showcased on the BBC Two Documentary, HS2 – The Biggest Dig, tonight (Tuesday 22nd September).

The previously unseen footage will reveal the moment when the coffin plate of the explorer was uncovered and the subsequent excavation of his coffin. Although it was known that his remains had been buried at St James’s Gardens Euston in 1814, his exact whereabouts were unknown and an urban myth told that he was located under platform 15 of the current Euston station.

Captain Flinders was a renowned explorer and made several voyages. His most notable was as commander of the H.M.S. Investigator which he navigated around the entire coast of Australia. This made him the first known person to sail around the country in its entirety, confirming it as a continent. He is also credited with giving Australia its name, although not the first to use the term, his work popularised its use. His surname is associated with many places in Australia, including Flinders Station in Melbourne, Flinders Ranges in South Australia and the town of Flinders in Victoria.

“It is great that we are able to showcase this incredible find as part of this documentary, exploring the discoveries being made as part of HS2’s archaeology work.

Bill Locke, from Lion TV who produced the documentary said:

“Being able to capture the moment that Captain Matthew Flinders’ remains were discovered at Euston was significant and has become a focal point of the second episode of the documentary. It allowed us to delve into his story which is of worldwide historic significance and is a fascinating part of the programme.”

The three part documentary series, HS2 – The Biggest Dig, continues on BBC Two on Tuesday 22 September and will be available on BBC iPlayer.