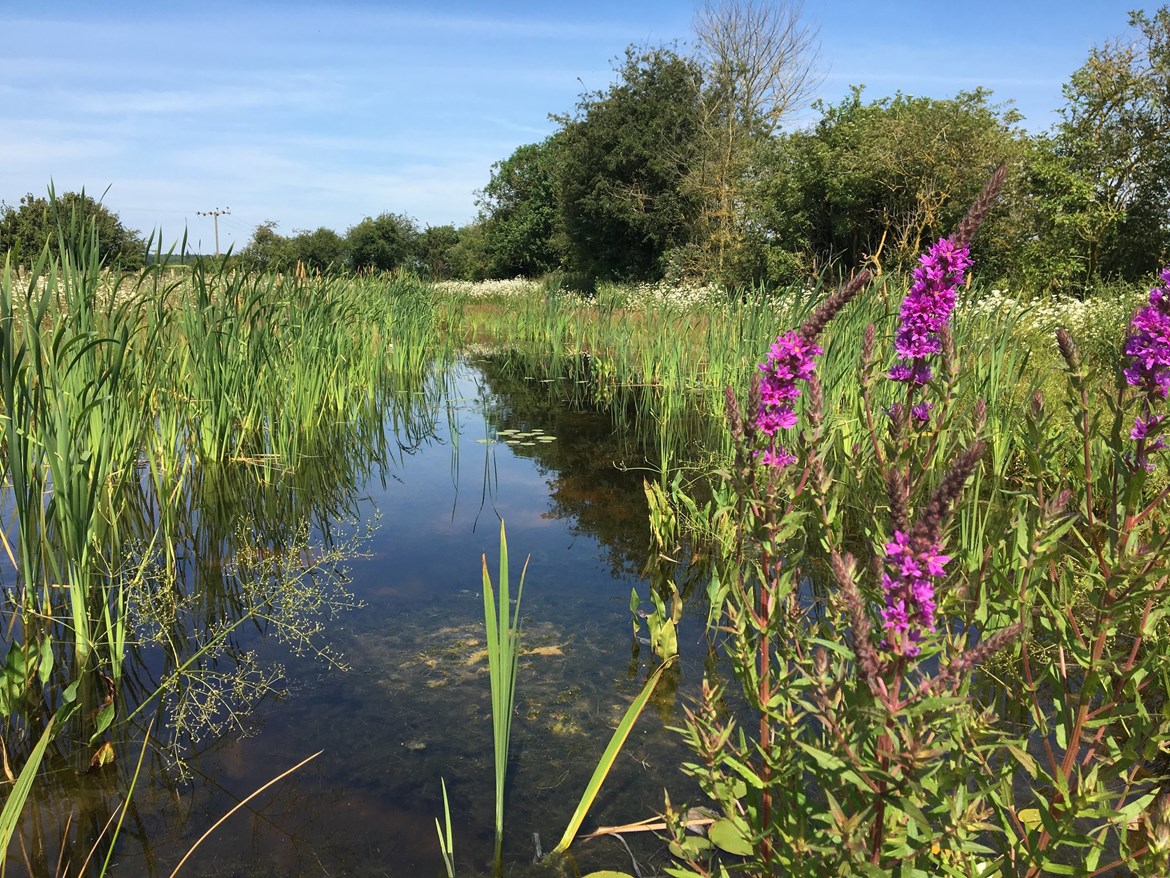 For World Environment Day 2020, CEO of HS2 Ltd Mark Thurston celebrates what is ‘the biggest environment project in Britain’, urges green groups to get behind the work, and provides 12 facts about the huge scale of the environment work being carried out on the entire HS2 project.

On World Environment Day 2020 (Friday 5 June), HS2 Ltd CEO Mark Thurston has called on environmental organisations to support and contribute to the ‘biggest environment project in Britain’ – a project that is delivering many miles of ecological and landscape investments alongside the construction of the HS2 railway.

Although it’s well understood that rail is much better for the environment than flying or taking the car, many don’t yet realise that a passenger kilometre on HS2 will emit just 8g of carbon in 2030 and will be 17 times more efficient than domestic air, 7 times more efficient than road, and twice as efficient as the current rail system. As the independent Oakervee Review concluded, HS2 will play a key role in the UK reaching the 2050 zero carbon emissions target.

However, even before HS2 starts operating, there are countless environmental projects and innovations occurring up and down the route to protect, preserve and enhance Britain’s precious natural environment.

“Our ambition at HS2 is to design and build the most sustainable high-speed railway in the world, so that we can play our part in helping the UK to tackle climate change, improve air quality and reach net zero carbon emissions by 2050.

“But it is just as important for us at HS2 that we protect the natural environment and leave behind richer, more diverse and better-connected landscapes and wildlife habitats. We have some of the UK’s most experienced and leading ecological consultants working with us on what is the biggest environment project in Britain.

“So on World Environment Day 2020, I’d like to urge all environmental groups to get behind a project that will have countless benefits for our natural world, now and in the future.”

12 facts and figures about our landscape and ecology programme

We have already created over 60 new wildlife habitats

A range of habitats between Hillingdon and North Warwickshire have been created including species diverse grassland, ponds and native tree and shrub planting, to support a broad number of species including newts, reptiles, badgers, birds, and bats. An example of this is Finham Brook in Warwickshire, where six new ponds have been created for great crested newts to breed in, extensive grassland has been planted to support local wildlife, and over 6,200 new trees have been planted featuring native species to the area such as oak, hazel, hawthorn and holly.

Up to 7 million trees will be planted on Phase One

We’re delivering an unprecedented programme of tree planting and habitat creation alongside the new railway - with up to 7 million new trees and shrubs being planted between London and Birmingham alone. Crowders Nurseries, a family run SME in Lincolnshire, was awarded an HS2 contract in 2016 and is growing over 40 different species of tree including species that are native to each area. Over 350,000 new trees have already been planted along the route.

Our new woodland and hedgerow planting and habitat creation will be an increase of around 30% compared to what’s there now. In Warwickshire for example, we’re creating bigger, better and more joined up habitats, with new planting designed to provide better connection to other existing features and habitats.

Our approach allows us to be best informed on the impacts of the scheme and to understand the necessary mitigation needed to reduce our impacts and to also seek opportunities that leave a bigger and better natural environment legacy.

Our work is supported with technical input and advice from specialist ecologists, including recognised experts on species such as barn owls. In addition, the baseline for assessing the impacts to biodiversity has been generated in part through survey data obtained from years of surveys undertaken by localised ecology specialists and species recording groups. Our information is also supplemented though the data we obtain from organisations such as the Wildlife Trusts, Woodland Trust and Natural England.

In addition to our extensive tree planting programme, a separate fund has been established to help local landowners create new native, broadleaf woodlands and restore existing ancient woodland sites. Through the HS2 Woodland Fund, a total of £7m is supporting projects on Phase One and Phase 2a. The first £1.2m has been allocated as part of a grant scheme managed on our behalf by the Forestry Commission, supporting 25 woodland projects that will deliver approximately 103 hectares of new woodland and restore a further 63 hectares of ancient woodland.

We have used over 39,000 biodegradable tree guards on new habitat sites

The HS2 project gives us an opportunity to use and test different planting methodologies, as well as plant protection measures to inform best practice within the construction industry. Made from 100% recycled card, the tree guards completely decompose once the trees are established, leaving no waste products to recycle or remove. They are designed to replicate nature, ventilated to prevent overheating, capable of drainage and encouraging upward growth.

Our Barn Owl Action Plan for Phase One contains measures to provide additional nest sites and habitat for the species. We are working with farmer owners and landowners along the route to find new locations for barn owls, and there are already 21 new locations with barn owls established.

We are salvaging woodland soils to new receptor sites which will create habitats for flora and fauna. This also includes salvaging coppice stools and saplings. The first ancient woodland soil salvage has been undertaken at Broadwells Wood, Birches Wood and Crackley Wood, where 55 coppice stools and 345 saplings have been replanted. New techniques have been introduced to replicate the woodland canopy, which will provide data and insight for future activity.

An ancient pear tree in Warwickshire, named by locals as ‘The Cubbington Pear Tree’ will live on in the form of regrown saplings as part of HS2’s work to preserve biodiversity and to create bigger, better and more joined up habitats along the HS2 route. Forty new trees have been grown from cuttings taken from the veteran wild pear tree, which is located in a hedgerow south of Cubbington Wood, on land that is being prepared for Britain’s new railway.

Far from being a barrier to wildlife, HS2 will be criss-crossed by access routes with 140 bridges and underpasses on Phase One, including 16 specially designed ‘green bridges’ covered in planting and 25 miles of tunnel.