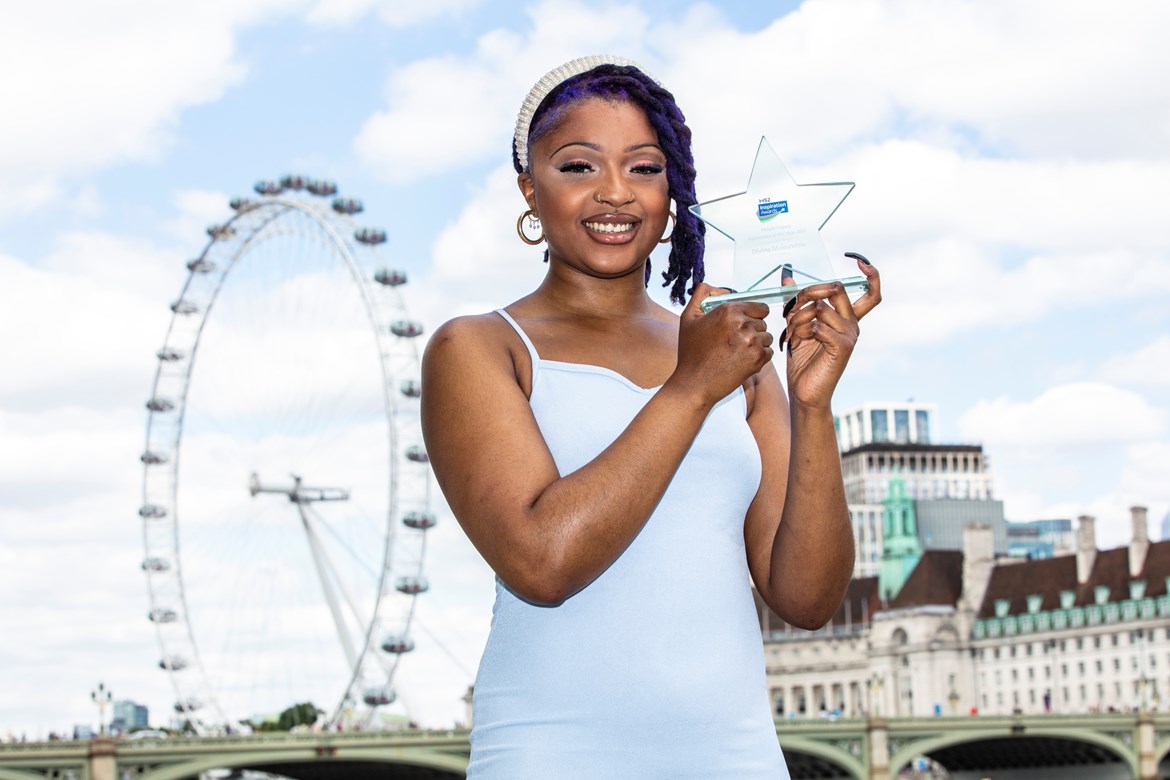 25-year-old Divine Makondele from Islington has been crowned HS2 Apprentice of the Year at an awards ceremony held at the Houses of Parliament today (Monday 4 July).

Growing up surrounded by the buzz of construction works, in readiness for the London 2012 Olympics, inspired Divine to pursue a career working on major infrastructure projects, and she never let go of her dream.

Her drive to succeed led her to Newham College, where she enrolled on a Construction and Built Environment course, and from there, she seized the opportunity to join HS2’s construction partner, Align JV, on work experience.

In September 2021, Divine’s dreams turned to reality. She beat off stiff competition to secure a Level 2 Tunnelling Operative apprenticeship with TG Tunnelling, a tier two contractor working on behalf of Align JV. Just ten months later, Divine is part of the team working around the clock to operate the giant tunnel boring machines, Florence and Cecilia, that are excavating ten miles of tunnels beneath the Chiltern hills.

“It's an honour to be here today, as HS2 Minister, to celebrate the the extraordinary achievements of those dedicated to bringing this landmark project to life. Divine has an outstanding career ahead of her and I hope more young people will feel inspired to follow in her footsteps and play their part in this transformational project."

Divine has been hailed as an “inspiration” by her colleague, Darren Beard, a Segment Crane Operator at TG Tunnelling.

“Of all the apprentices I have been helping to train, Divine really stands out. The tunnelling industry is historically male dominated, but that doesn’t faze her in the slightest.

“To see this young woman get stuck in to every challenge and task she’s set really is something special – to the point where I have to hide a little tear of joy. Playing a tiny part in the wonderful career she’s building makes me very proud.”

Divine was one of two apprentices hailed for their outstanding contribution at today’s Inspiration Awards, which recognise the outstanding achievements of individuals and organisations supporting the construction of Britain’s new railway. Divine was the overall winner in the Apprentice of the Year Level 3 and under category, which celebrates the achievements of those starting out in their career on HS2.

“I'm so thankful to everyone that has believed in me and supported me. For me, infrastructure is everything, it's what builds society, and it doesn't get any bigger than HS2. This is such an amazing project and I want to see it right through to the end - to when those first trains run. I want to look back and tell my family and friends, and hopefully my kids, I was part of the team that built this. And I hope that more young women will be joining me too"