Start the new year with a new career on HS2

HS2’s construction partner, Balfour Beatty VINCI (BBV), is launching a major recruitment drive to bolster its workforce ready to deliver its huge programme of construction works into 2022 and beyond. 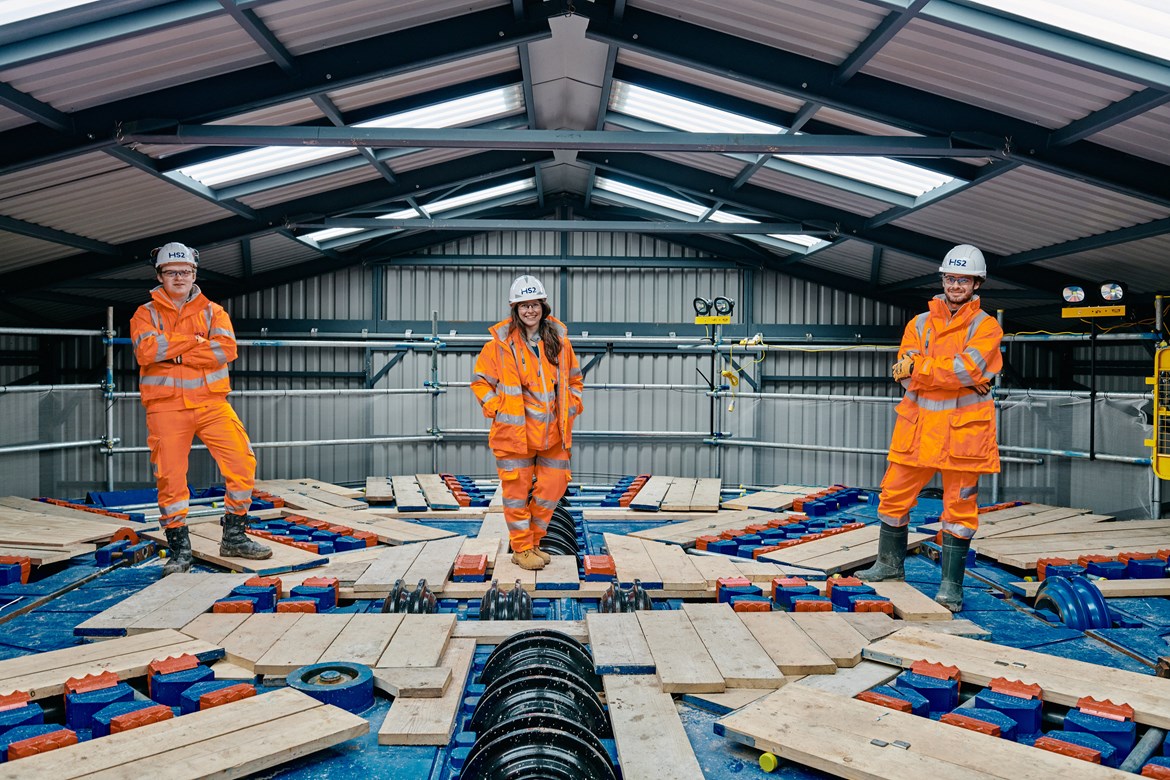 Start the new year with a new career on HS2: BBV is launching a major recruitment drive in the new year

Around 1.700 staff are already working at construction sites and in satellite offices across Solihull, Warwickshire and Birmingham and the company is now looking to welcome more new recruits.

Balfour Beatty VINCI’s expanding workforce is reflective of the scale of works ahead. 2022 is shaping up to be a significant year in HS2’s construction programme, with tunnel boring machine ‘Dorothy’ set to become the first TBM on the HS2 route to breakthrough. Following her milestone achievement, which is expected in the spring, Dorothy will return to Long Itchington to bore her second tunnel.

Work is also gathering pace at HS2’s two new station sites – Interchange in Solihull and Curzon Street in Birmingham - where preparatory works are underway to construct the series of viaducts that will bring HS2 trains into the city’s flagship terminus station.

The broad scope of jobs on offer reflects the diversity that a career in construction can bring. Jobs for those seeking a site-based role include materials technicians, signallers, general operatives, traffic marshalls and engineering assistants.  Office-based roles include opportunities in Balfour Beatty VINCI’s procurement, transport planning, skills and education and finance teams. In total, Balfour Beatty VINCI expects that it will support around 7,000 jobs to deliver its programme of work on HS2.

There are also ‘taster’ opportunities, for those considering whether a career in construction is in fact for them. Linked to a dedicated programme of free-training, Balfour Beatty VINCI is investing in upskilling local people at its new Skills Academy based within South and City College’s Bordesley Green campus. From here it offers a wide range of free training courses that provide students with the accreditation and skills they need to progress into entry-level roles.

“Having already achieved a number of significant milestones in the construction of Britain’s new high-speed railway, there has never been a better, or more exciting time to consider joining Balfour Beatty VINCI.

“As we work to bring HS2 to the region, we have a monumental construction programme ahead of us. With thousands of career opportunities in the pipeline, across a multitude  of disciples, we are committed to giving people of all backgrounds the chance to develop and hone new and existing skills, while working to deliver one of Europe’s largest infrastructure projects.”

For details of all the latest and upcoming vacancies working on HS2, visit hs2.org.uk/careers/