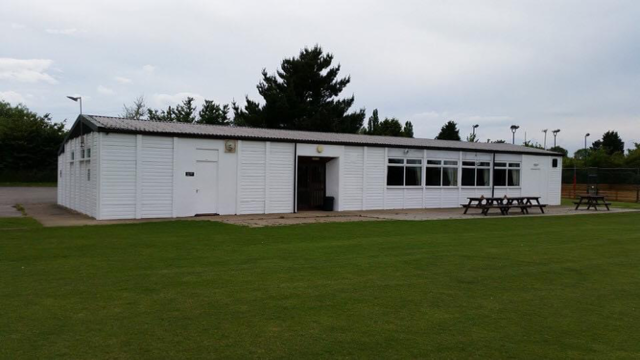 Stockton Parish Council have received a £10,000 grant from HS2 Ltd’s Community and Environment Fund (CEF) to construct new changing facilities. The renovation will support the significant rise in interest shown by women's and girls' teams wanting to compete in local sports including football, cricket, netball and pétanque.

The clubhouse extension will provide two separate team changing rooms to host home and away matches, officials changing rooms, showers, accessible toilets, kit and equipment storage and an alternative access for wheelchair users to use the clubhouse.

The new facility has been partially funded by a scheme set up by HS2 Ltd, the company building a new high speed rail line between London and the West Midlands. HS2’s Community and Environment Fund (CEF) is still open to applications from community groups impacted by the construction of HS2.

Established in 1894, Stockton Football & Cricket Club is situated in the heart of Warwickshire and has held an annual charity cup with teams from neighbouring villages for more than a century. The club also hosts a range of off-pitch events across the year including the Stockton Beer Festival, Scarecrow Trail, and the Christmas Wish Tree.  A team of 20 committee members manage the day-to-day running of the building and the upkeep of the pitches, courts, and hedges to provide the teams with a range of well-maintained facilities.

“It is always a pleasure to see worthwhile local causes receive grants from HS2’s Community and Environment Fund (CEF). Volunteers from Stockton FC & CC have grown an amazing facility and community for local people and I’m glad the funding will help them continue in this success.

“I highly encourage local organisations between London and the West Midlands to check if they are eligible to apply for funding. A separate funding package is also available to community groups impacted by the construction of the Birmingham to Crewe phase of HS2 project”.

Since the 1970’s, Stockton FC & CC has also hosted a selection of highly successful women’s netball teams. Twelve teams have taken part in the club’s most recent season, including five Saturday senior teams, two midweek senior teams and five junior teams. To comfortably accommodate female players of all sports, the club has been raising funds to pay for the expansion.

“We are so grateful to receive a grant from the HS2 community fund, it will enable us to continue our club extension to benefit players, officials and visitors of the club. It will make a huge difference to the netball section of the club, providing our women’s and girls’ teams with a safe place to get changed and showered, protecting their privacy and dignity.

“We also have regular supporters who are wheelchairs users who for the first time will have access to suitable toilet facilities. We are so very thankful and cannot wait to use these fantastic facilities.”

The HS2 Funds opened to applicants and are made up by the Community and Environment fund (CEF) and Business and Local Economy Fund (BLEF). They are available to local communities and businesses that are demonstrably disrupted by the construction of Britain’s new high speed railway between London and the West Midlands, with 180 projects on Phase One between the West Midlands and London already receiving funding.