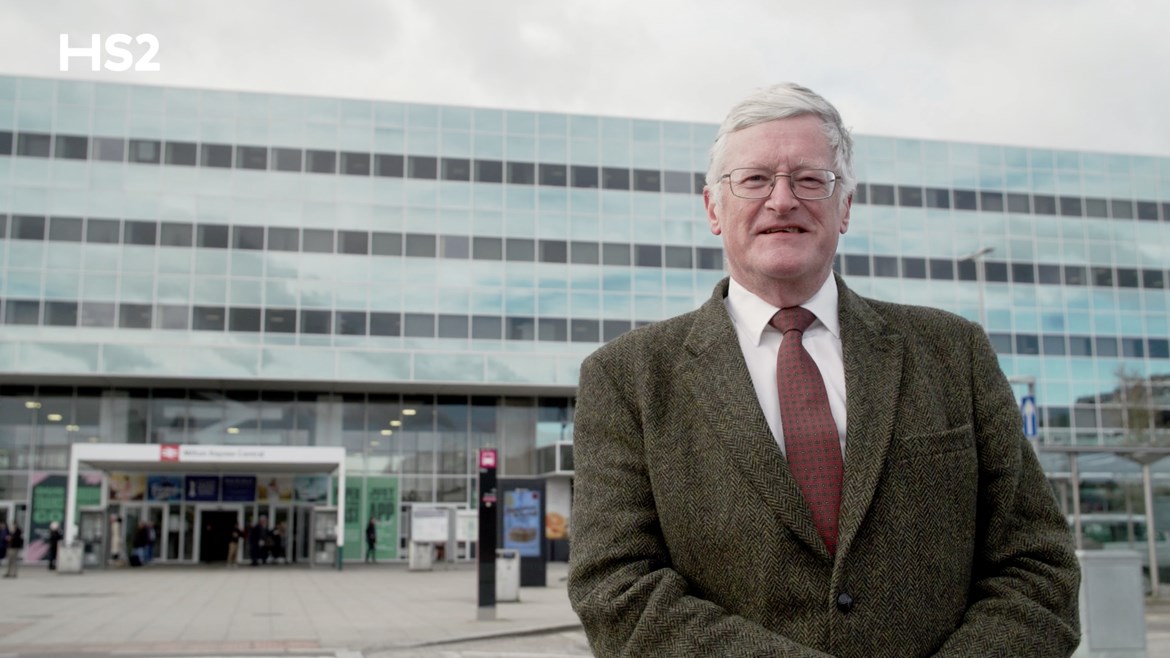 ‘Why does Milton Keynes need HS2?’ features independent rail consultant William Barter, who was interviewed at Milton Keynes Central earlier this year, before current Covid-19 restrictions were put in place.

In the new video William Barter explains how moving high-speed services onto HS2 unlocks a massive amount of space for more commuter, regional and freight trains.

"Not only will HS2 form the new backbone of our rail network, but freed of fast through trains, the lines we already have will be better able to serve the communities along them. HS2 is a once-in-a-generation opportunity to transform rail travel in the UK for generations to come."

As a resident of South Northamptonshire and a frequent traveller from Milton Keynes Central, William Barter also explained how the town’s surrounding areas are set to benefit from HS2’s released capacity:

“Milton Keynes is a major centre of employment. The recent Oakervee review into HS2 commissioned by the Government states that connectivity could be improved between Milton Keynes, the West Midlands and the North of England, as well as the forthcoming link to East West Rail. This paves the way for faster and more frequent services for commuters into Milton Keynes, supporting the town’s own prosperity and role as a regional transport hub.”

The 17:46 service from London Euston – first stop Milton Keynes – was revealed to be the UK’s most crowded commuter train in 2019 last year, with more than half of its passengers having to stand. Also, between 1997 and 2014 both Milton Keynes and Northampton stations saw 120% passenger growth – well above the regional average.

HS2 is now under construction between Birmingham and London and its high speed trains will run direct services further north on the existing network to cities including Manchester, Liverpool and Glasgow.

Accompanying the new video is an animation – ‘HS2: Upgrading Britain's railways’ – which explains the principle and nationwide benefits of released capacity.